Our team of coaches is the cornerstone of Rip City Training Center. From our Little Sluggers program to our Professional Training Programs, Rip City coaches are some of Southwest Virginia’s most respected, and our support staff ensures that everything is always running smoothly.

At Rip City, we promise a positive, supportive and high-energy atmosphere that delivers RESULTS! With daily All Access Rates and several Training Packages, we support ballplayers and their families, giving them a trustworthy source for professional-level training. Discover the Rip City Training Center difference today by visiting or contact us to schedule an appointment. Our indoor baseball and softball training facility has the tools and people to improve your game. 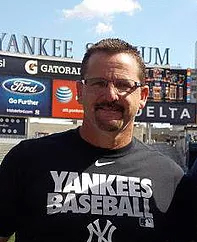 Dave is from Chicago, Illinois, where he was one of the most highly recruited high school baseball players in Illinois. He was one of the top hitters in the state, hitting home runs measuring 500+ feet. He was also a top pitcher while playing at John F. Kennedy high school tossing two career No-Hitters. He played with the 1979 Connie Mack World Series Champions from Chicago. He was drafted in the 4th round and signed with the San Diego Padres in the 1980 Major League Draft. Dave spent three seasons in the Padres Farm system, before he was traded to the Detroit Tigers in 1983. He played one season in the Tigers farm system before retiring from professional baseball and coming back to live in Salem in 1984. He had a career .249 Batting Average and hit 59 HR in 3 1/2 seasons.

Dave opened The Rip City Baseball Training Center in 1997. He has 40+ years of baseball experience and has coached and trained players of all ages. He was the manager of The Salem Post 3 American Legion Baseball Team from 1997-2011. He founded and coached the Rip City H.S. Showcase Team (for college bound high school players) from 1997- 2011 and has been instrumental in many players going on to play college and professional baseball. In 2012 he was inducted into the Roanoke-Salem Baseball Hall of Fame.

​He offers professional one on one training in hitting, pitching, catching, infielding, outfielding, baserunning, and baseball-specific strength and conditioning. He teaches the most effective methods used in MLB today. He has also been active on the Christian Missions Field, directing baseball camps and taking local youth baseball players with him to Nicaragua to share God’s word while playing and teaching baseball. 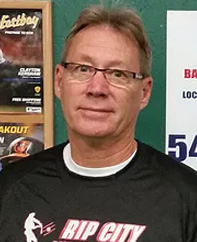 Ron has been with Rip City for 20+ years providing professional softball instruction through individual lessons and camps. He has trained hundreds of girls who have become top players and gone on to play college softball. Prior to teaching and coaching the game, Ron played fast pitch softball for 27 years as a catcher in the men’s ASA Open League with the Elite Team Oak Hall before retiring in 1987.

​He offers professional one on one training in hitting, pitching, and catching. He teaches the most effective methods used in Girls Fast-Pitch Softball available today. In 2015, Ron was inducted into the USA/ASA Virginia Softball Hall of Fame for his coaching contributions to girls fastpitch softball. 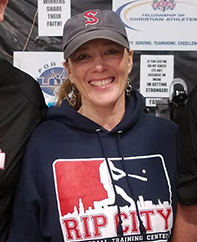 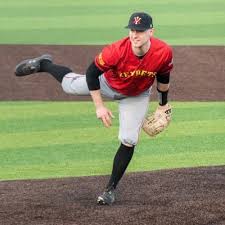